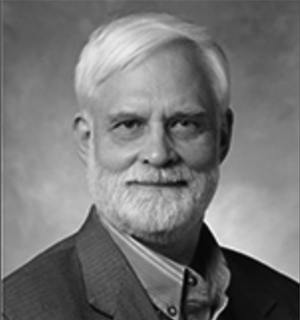 James G. Greeno, an influential scholar in the field of cognitive psychology, and a pioneer in the learning sciences, passed away on September 8, 2020, in Pittsburgh, Pennsylvania. Greeno was Professor of Education at the University of Pittsburgh; a Center Associate at Learning Research and Development Center (LRDC) at the University of Pittsburgh; and the Margaret Jacks Professor of Education, Emeritus, at Stanford University.

In a career that spanned almost 60 years, Greeno's influence was far-reaching, from his lifelong study of the nature of understanding and problem solving to his contributions to the theory of situated learning and creation of the field of the learning sciences. Beginning with formal training in associationism, Greeno went on to a distinguished career as a cognitive scientist, philosopher of science and tenured faculty member at Indiana University, the University of Michigan, University of Pittsburgh, University of California at Berkeley and Stanford University.

LRDC Director Charles Perfetti reflected, "The broad areas of Jim Greeno's scientific contributions and the intellectual journey he made through them are truly remarkable-from associative learning, mathematical models of learning, higher-level cognition and complex problem solving to a growing commitment to how learning and teaching work in situ. We are so lucky in LRDC for Jim to have been here during two phases of this journey," (Perfetti is also a Distinguished University Professor, University of Pittsburgh, Department of Psychology).

Dr. James G. Greeno's legacy will live on in his contributions to the field of the learning sciences, his extensive record of scholarly publications, and his intellectual breadth and depth. As importantly, Greeno will be remembered for his kind and supportive mentorship to scores of devoted graduate students, and for his ability to listen to and bring out the best in those around him. To the many students, colleagues, family, and friends, whose lives he touched with kindness and generosity, Jim Greeno's loss will be felt in deep and lasting ways.

Greeno earned a B.A., M.A., and Ph.D. (1961) in Psychology at the University of Minnesota. While there, Greeno also studied at the Minnesota Center for Philosophy of Science, the first center in the U.S. devoted to the philosophy of science. Then-chair Wilfrid Sellars, considered the architect of philosophy in the U.S., would later move to Pitt.

In addition to his studies, Greeno married his wife and cherished intellectual partner of 63 years, Noreen (née Herreid) in 1957, and became a father of two, John G. Greeno, born 1958, and Catherine G. Greeno, born 1960.

From 1961-1968, Greeno was on the faculty of Indiana University, Bloomington, where he worked with William Estes, among others (LRDC Founding Director Robert Glaser graduated from Indiana University in 1949). In 1968, Greeno accepted a position at the University of Michigan and, from 1968-1976, was a member of a group at Michigan headed by Arthur W. Melton, who co-founded the Human Performance Center (HPC). The HPC was a leading research and training center for experimental psychologists, and Greeno's research during this period focused on problem solving and the acquisition of understanding and skill, increasingly difficult to explicate with behavioral concepts.

By the mid-1970s, LRDC had become a force behind contributions to cognitive science in the areas of adaptive education, individual differences, and the development of expertise. Moreover, the Center was one of the first institutions in the world to investigate learning and instruction for the improvement of educational practice, and Pitt was one of the first universities in the country to receive federal funding for this endeavor. Robert Glaser, Founding Director of LRDC, was known for attending meetings and conferences in the U.S. and abroad and identifying the rising stars whom he would recruit to grow the reputation of LRDC.

In 1976 Greeno was hired by Glaser to join the growing cadre of scholars at the LRDC at the Univeristy of Pittsburgh, whose mission was dedicated to the investigation of learning, instruction, and schooling for the improvement of education. During this period, he worked closely with Glaser and Professors Emeritae Lauren Resnick and Gaea Leinhardt.

Leinhardt recalled, "At LRDC, a number of scholars were looking at students and classrooms in an effort to understand the process of learning. Jim listened carefully to the idea that teachers were important actors in learning and instruction. At the time, that was huge." Greeno's collaboration with Leinhardt would become a highly cited publication (Leinhardt, G., & Greeno, J., 1986).

Greeno was a coveted colleague, Resnick recalled, "Jim was brilliant, an intellectual leader, he liked to work with teams of people and didn't always try to be the superstar." A chapter on cognition and learning co-authored with Resnick and Allan Collins, would later become one of Greeno's most highly cited works (Greeno, J. G., Collins, A., & Resnick, L. B. (1996). Resnick is currently Distinguished University Professor Emerita, University of Pittsburgh, and former director of LRDC.

Greeno served as a faculty member on many students' dissertation committees. James Pellegrino said, "When I look at that picture (above), I think of the heavyweights on that committee and the intellectual resources that existed in Pittsburgh. It was an amazing time, who was at LRDC, who was in the Psychology Department, who was across the street at CMU," (Pellegrino was on the LRDC faculty, and is currently Liberal Arts and Sciences Distinguished professor; Distinguished professor of education; and co-director, Learning Sciences Research Institute, University of Illinois, Chicago).

"What he loved about Pitt were the colleagues who were so serious about the work and wanted to advance the field to improve education -- people who really cared about the ideas and not a separation between theory and applications," recalled daughter Catherine Greeno, Associate Professor, School of Social Work, University of Pittsburgh.

Greeno would also become a Resident Fellow of Pitt's Department of the History and Philosophy of Science (HPS). Sellars had left the Minnesota by this time and joined the University of Pittsburgh in 1963, and, along with a group of faculty members from the philosophy and history departments, created HPS.

In 1984, Greeno accepted a professorship at the University of California at Berkeley and became chair of the Program of Education in Mathematics, Science, and Technology. In 1987 he joined the faculty of Stanford University, where he was also Director of the Symbolic Systems Program.

"By the time he left for Berkeley in 1984, Jim was increasingly focusing on how learning theory could be relevant to real learning in school and elsewhere rather than the abstracted learning performances of the laboratory. He worked especially on learning of mathematics and science and was an early participant in the study of situated learning. This direction was heightened by his time at Stanford where the Palo Alto Research Laboratory (PARC) down the road was engaging anthropologists to look at how learning happens through participation in communities," recalled Alan Lesgold, the former Ren&â€Œeacute;e and Richard Goldman Dean of the Pitt School of Education and professor emeritus of education, psychology, and intelligent systems.

Greeno, John Seely Brown, then chief research scientist at Xerox PARC, and David Kearns, then CEO, Xerox Corporation, launched a new not-for-profit Institute for Research on Learning (IRL) in 1986 to study how artificial intelligence and the cognitive sciences could be applied to human learning. (Kearns would later serve as Deputy Secretary of the U.S. Department of Education, 1991-1993.) One of Greeno's projects was to develop an entire curriculum for grades 6-8 math students with dozens of local teachers, which resulted in another highly cited publication (Greeno, J. G. and the Middle-school Mathematics through Applications Project Group, 1998).

During this period, Greeno's work reflected the influence of social interactions and environment in the learning process. "Jim was at a critical nexus that revolutionized the field. At IRL a new paradigm for learning emerged. Suddenly, there was a serious consideration for learning to be constructed in social interactional modes. Here, he had started as a mathematical psychologist and was now contributing to the emergence of a whole body of work around situated cognition -- how people were actually constructing meaning together," reflected Susan Goldman (PhD, 1978, Psychology, University of Pittsburgh), Distinguished professor of psychology and education; co-director, Learning Sciences Research Institute, University of Illinois, Chicago. (Goldman was LRDC's Inaugural Distinguished Alumnus in 2011.) Two of Greeno's highly cited publications would result from this period in this career, Boaler, J., & Greeno, J. G. (2000); Greeno, J. G. (1997).

In 2003 Greeno retired from Stanford and returned to Pittsburgh, to Pitt, and to LRDC (Read a tribute published in the Stanford University Graduate School of Education.)

In what was to be his retirement, Greeno continued to publish, and joined and contributed to a new doctoral program in Learning Sciences and Policy (LSAP). During this period, Greeno also worked with colleagues at Carnegie Mellon University (CMU) on an online science education app "ChemCollective." The ChemCollective website was awarded the SPORE prize by Science magazine, which recognizes outstanding freely available online materials that enrich science education.

Greeno's role in the LSAP program at Pitt made a valuable contribution to the then-new program. "More than a king-size intellect, Jim showed a kindness and generosity that was ever present in his interactions with others. He even had a good word to say about faculty meetings, that unlike most faculty, he really didn't mind them," recalled Perfetti.

According to Mary Kay Stein, Professor of Education, "Jim's role in the LSAP program was far-reaching. First and foremost, he was an inspiration to the faculty, post-docs, and graduate students. His scholarship was deep and thoughtful, and he was always looking for ways to intersect with others' ideas. He served as a faculty member on many students' dissertation committees, he co-taught our learning course, and he was always a voice of reason and optimism at faculty meetings. Overall, Jim was the kind of person who made you feel good about yourself. We will miss him dearly."

Read a tribute to Greeno's contributions to the Learning Sciences and Policy Program (LSAP) at the University of Pittsburgh.

Among his many awards, Greeno was awarded a John Simon Guggenheim Fellowship in 1973 in Social Sciences, Psychology, and traveled to Oxford University in the late autumn of 1973;

Greeno, J. G. and the Middle-school Mathematics through Applications Project Group (1998). The situativity of knowing, learning, and research. American Psychologist, 53, 5-26. (Cited by 2284)