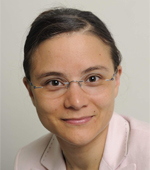 Zheng, P., & Libertus, M. (2018). The role of parental education, household income, and race on parents' academic beliefs and the provision of home learning opportunities for 4- to 8-year-old children. Journal of Educational and Developmental Psychology, 8(1), 118-132.

Melissa Libertus, LRDC Research Scientist, was the focus of the March 2 Institute for Learning's newsletter, answering questions on numeracy and math sense in young children.

Melissa Libertus, Associate Professor, Psychology, is interviewed for the October 22, 2020, Inverse article "Brain Study Reveals How Much of Math Ability is Genetic." Inverse is a digital media company covering topics such as technology, science, and culture for a millennial audience.

Melissa Libertus has been elected to the board of the Mathematical Cognition and Learning Society.

LRDC's Melissa Libertus was mentioned in WFMZ-TV's article titled. "Are Boys and Girls Equal When it Comes to Math?"

Melissa Libertus is featured in Fox8, News4JAX, and WFMZ-TV 69 News for her interview on, "Are boys and girls born equal when it comes to math?"

Melissa Libertus is featured in the October 6 PittWire story “Psychology Researcher Wants to Figure Out How Adults and Children Learn Math.”

LRDC Graduate Student Emily Braham and Research Scientist Melissa Libertus were featured in the September 6 TIME online article "How to Help Your Kid With Math Even if You Suck at It."

LRDC Research Scientist Melissa Libertus is quoted in The Indian Express (September 2) article "Poor in Maths? Blame it on Your Parents."