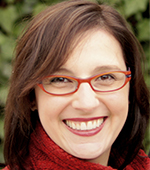 Member, University of Pittsburgh Center for the Neural Basis of Cognition

Degani, T., Prior, A., Eddingtion, C. M., Areas da Luz Fontes, A. B., Tokowicz, N. (2016) Determinants of translation ambiguity: A within and cross-language comparison. Linguistic Approaches to Bilingualism.

Natasha Tokowicz, PI, and Bob Slevc, co-Investigator, University of Maryland, were awarded a new grant from NSF for "Working Memory as Mediating the Role of Music in Learning of a Second Language."

Kudos to Natasha Tokowicz, who was named a Fellow of the Association for Psychological Science (APS) in 2019. Fellow status is awarded to APS members who have made sustained outstanding contributions to the science of psychology in the areas of research, teaching, service, and/or application.

Natasha Tokowicz is the recipient of a University Honors College Faculty Fellows Award. Among other things, she is being recognized for her outstanding work with students pursuing their Bachelor's of Philosophy (B. Phil) projects.

Natasha Tokowicz has been nominated to participate in the 2014-2015 American Psychological Association (APA) Leadership Institute for Women in Psychology (LIWP). Established by the APA Committee on Women in Psychology, LIWP’s mission is to prepare, support, and empower women psychologists as leaders to promote positive changes in institutional and organizational life and to increase the diversity, number, and effectiveness of women psychologists as leaders.

Natasha Tokowicz received a National Institutes for Health (NIH) subaward from Arizona State University for the project "Cognitive Load in the Bilingual Brain:Insights from Decoupled Reading."