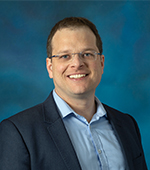 My lab has two core areas of research. First, we draw on the methods of cognitive neuroscience to understand how the human brain learns and stores knowledge, and how new knowledge influences other cognitive systems. One of the lab's main approaches is to combine neuroimaging experiments with advanced computational techniques. These analysis approaches can help us identify and -just as importantly- understand how information is being represented in the complex activity patterns of human cortex. Another key approach is using behavioral investigations to research how new knowledge becomes integrated into our memory systems.

A second focus is the development and use of new analytical approaches to probe functional magnetic resonance imaging (fMRI) data. One of the biggest challenges of the recent growth in 'big data' is identifying meaningful patterns from the immense amount of data that is available to us. We are working on approaches to understand how the information in the brain's networks is successfully integrated across different regions and brain systems.

"Why Do We Want to Love Aliens?" Read Marc Coutanche's answer in the May 26 Pittwire "What's Out There?"

Kudos to Marc Coutanche, LRDC Research Scientist, and Assistant Professor, Psychology, who has been elected to the Memory Disorders Research Society (MDRS), an invitation-only professional society dedicated to the study of memory and memory disorders.

Marc Coutanche, Griffin Koch, and John Paulus’ recent publication in Learning & Memory, "Influences on memory for naturalistic visual episodes: Sleep, familiarity, and traits differentially affect forms of recall,” abstract in June Research Roundup has been selected for the cover of the journal. Former LRDC research staff (now on his way to grad school), John Paulus, created the image. It is composed of frames of video episodes shown to people in the study and arranged to reflect a Shoebill, a bird that was featured in some of these episodes.

Marc Coutanche received a Clinical and Translational Science Institute (CTSI) Award for his research on “Memory Success and Failure in the Older Brain.” The University of Pittsburgh CTSI established a "Research Initiative for Special Populations" to fund pilot programs that explore research topics for special populations, such as Marc Coutanche's.

In the October 18 The Atlantic Monthly "The Unraveling of Donald Trump" references a paper published by Marc Coutanche on the President's speech patterns (link to the original paper is in paragraph 11).

Julie Fiez, Marc Coutanche, and Corrine Durisko's study published in the Journal of the Society of Neuroscience has been featured in the May 17 PittWire article "Researchers Teach Adults to Read Using Pictures of Houses."

Kudos to Marc Coutanche and his XR Brain Jam team for developing an augmented reality solution to help children with autism make eye contact, titled Head On. The presented their work at Games for Change XR4C Summit. XR Brain Jam pairs neuroscience researchers with game development teams and charges them with exploring the intersection of their domains.

Marc Coutanche, Assistant Professor, Psychology, and LRDC Research Scientist, was quoted in the July 11, 2017 issue of the Pittsburgh Post-Gazette in the article "Using Brain Patterns May Be First Step to Reading the Mind, CMU Study Shows."

Marc Coutanche, LRDC Research Scientist, has been selected as an awardee for the 2016 Pitt Research Council Central Research Development Fund (CRDF) for his project "Individual Differences in the Memory Systems Employed in Learning and Retrieval.”

Marc Coutanche, LRDC Research Scientist, was quoted in the July 6 Pittsburgh City Paper article “We Go Inside the Escape-Room Phenomenon,” on the role of stress in figuring out puzzles.

LRDC Research Scientist Marc Coutanche was quoted in the March 26 Today article “How Unconscious Memory Trips Us Up."

LRDC Research Scientist Marc Coutanche commented on a memory study for NBC Today (December 30, 2015), “What is your memory style? Brain wiring may control how we remember events.”

Marc Coutanche has been awarded the 2015 Krieg Cortical Kudos Scholar award from the Cajal Club. The award will be presented at the Society for Neuroscience annual meeting.